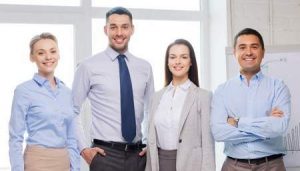 Canada is the second-largest country in the world. It is in the North American continent, located above the United States of America, with a population of more than 37 million as of 2019. The culture of Canada has heavy British and French influences, as well as its indigenous people’s cultures, and from their neighbor, the USA.

As people, Canadians are generally courteous, tolerant, and quite informal. Because of the enormity of their land area, certain parts of the country have varying customs and traditions. For example, in Quebec, the influence of the French is quite obvious compared to the rest of the country. Handshakes are a common way of greeting one another in Canada. In Quebec, kissing each other on the cheek has been their practice for quite some time.

Canadians are quite formal when they are conducting business. It is a blend of British, French and American preferences and may vary from different areas in the country. You may speak in English or French, as they are the official languages spoken in the country. Here are some of the things to ponder when doing business in Canada:

There are certain protocols to remember when engaging in business with Canadians. Please take note of each:

Canada has opened its doors to the whole world to business exchanges, visitors, and even settlers! As their motto say: “A Mari Usque Ad Mare,” which means “from sea to sea.” Given these pointers, perhaps it’s about time to ready your Canada Visa, and start a business in this wonderful country, from Yukon to Halifax!